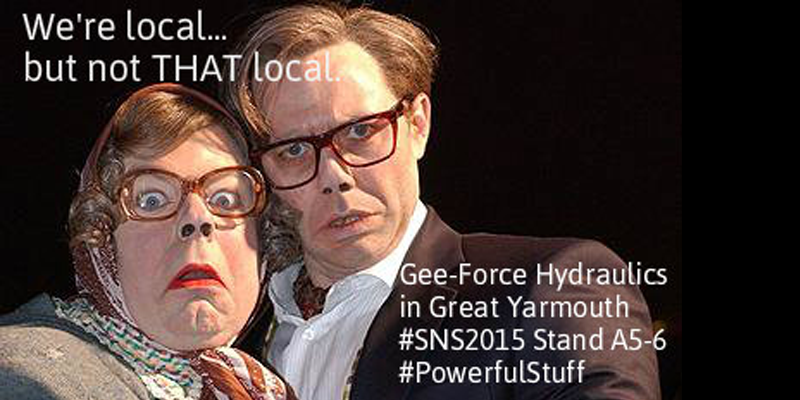 The Beach Got Closer!

If you’ve ever worked offshore out of Great Yarmouth then you’ll probably recognise “the beach” as a term used meaning onshore. And when it comes to Powerful Stuff such as bolting and flange equipment required for offshore maintenance and repair, then it wasn’t that unusual for such equipment to be sourced from as far afield as Aberdeen. Which meant that the beach (from where the equipment was being sourced), was a pretty long way away when needed on southern north sea assets. Until of course Gee-Force Hydraulics set up in Great Yarmouth. So then just a week ahead of SNS2015, the most important conference for the offshore energy industry in the East of England , we really want to make the point. Gee-Force is in Great Yarmouth, right on the doorstep of the region’s single most important energy hub. For southern north sea operations, The Beach Got Closer!

Come and visit us on stand A5/A6 where we hope to reinforce “The Beach Got Closer” and “Powerful Stuff” messages with the help of manufacturers SPX Bolting Systems, Norbar Torque Tools and Equalizer International, the latter who will be displaying their impressive demo rig on adjacent stand A7. Our good friend Laurence Shahlaei, two times winner of Britain’s Strongest Man, will regale visitors to the stand with some of the “Powerful Stuff” that he’s been up to over the last 12 months. And, just in case you didn’t already know it, Great Yarmouth Town F.C. is enjoying some local success currently lying 4th in the Thurlow Nunn Eastern Counties League Division 1 and having just reached the final of the First Division Knockout Cup. As proud shirt sponsors of Great Yarmouth Town’s academy team, we thought we’d let someone from the club come on to our stand and tell you a bit about their plans to engage with the local business community.

And we have an exciting new product, exclusive to Gee-Force, to show off on the stand. Hope to see you there!