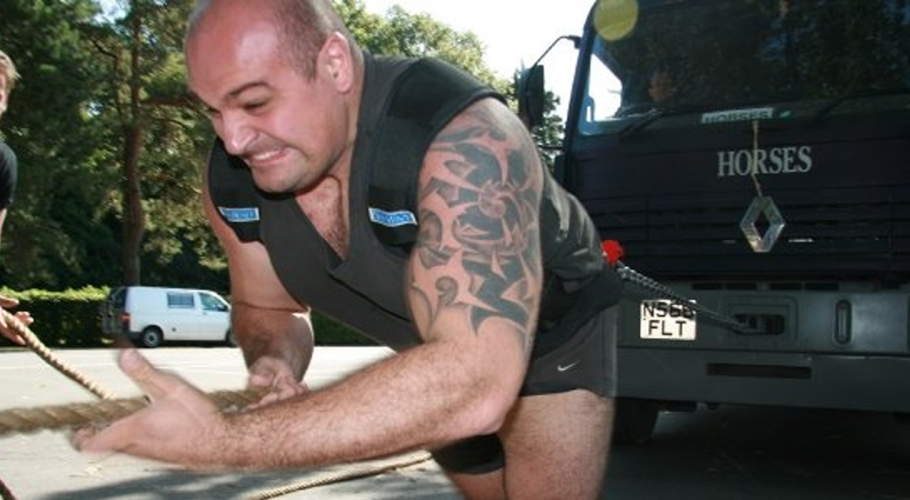 Britain’s Strongest Man gets the Gee-Force!

Laurence is a professional strength athlete and won the coveted “Britain’s Strongest Man 2012” title in May last year. Before that, he finished fourth in the World’s Strongest Man competition in 2011 and has a string of podium places to his name over the last two years including a 1st place in Giants Live Finland 2012 and 3rd place in Europe’s Strongest Man 2012. Unfortunately, injury prevented him from competing in last year’s World’s Strongest Man competition but he is now back in training and targeting this year’s opening event in the Strongman Champions League – the Iceman in Finland on 16 March – as his comeback event.

Laurence also holds an official Guinness World Record in the Farmers Walk event, carrying 150kg in each hand over 20 metres in 6.73 seconds.

In teaming up with Laurence we think there are some obvious synergies with the power and strength of our equipment. Laurence is actually one of the smaller competitors on the Strong Man circuit but regularly outperforms his larger opponents and we like to think there may be some comparisons to draw between us in that respect too.